Early estimates had as many as 88 percent of Florida voters in favor of passing Amendment 2, to legalize the use and distribution of medical marijuana, but voters bluntly rejected the bill on Tuesday with only 58 percent of voters voting in favor of the bill.

In recent weeks polling had proved inconclusive. One poll echoed the early estimates showing that over 70% of Floridians supported the measure, while others disputed the accuracy of this poll. A poll conducted by the University of North Florida showed 67% approval, while another conducted by the Tampa Bay Times found only 46% of Floridians in support of Amendment 2. The bill needed 60% voter approval to pass. It should be noted that Florida is the only state which requires 60% approval to pass a ballot initiative.

With medical marijuana legal in 23 states and Washington DC already and recreational use legal in Colorado and Washington the revenue that could be made from taxation of marijuana is a hotly debated issue each election. Nerdwallet.com recently crunched the numbers and here’s what they found.

How Canada’s MMJ Taxes Relate to the US

Currently medical marijuana is legal in 23 states and Washington DC. Since legalization, these state’s have seen billions of dollars come in taxable revenue. This means state’s that have not yet legalized marijuana stand to make millions or billions of dollars in tax revenue if they were to. Thanks to inspiration from Canada’s Medical Marijuana program states that have already legalized medical marijuana are looking to legalize small amounts for recreational use to capitalize on the tax potential.

According to research from nerdwallet, California would stand to gain the most of any US state at approximately $519,287,052.

Halloween is one of the first cooler weather holidays of the year. Both bakeries and restaurants experience an influx of sweet orders, whether it’s for holiday parties, halloween festivals or large orders to impress friends or trick or treaters with, come Halloween night. Equipping your catering program for Halloween will set you up for success all holiday season long.

Now that you have your picturesque Halloween menu down, a great way to boost revenue is to drive customers towards your catering program.

In 2013, the catering industry contributed over $45 billion to the economy.

As long as age restrictions for the consumption of alcohol have been in place, underage people have attempted to find ways to get around the restriction. Luckily for liquor store owners looking to avoid lawsuits, technology has advanced to a point that it’s becoming much more difficult to do so. Now in many cases you can even get a 2D barcode scanner for ID’s built right into your POS system. 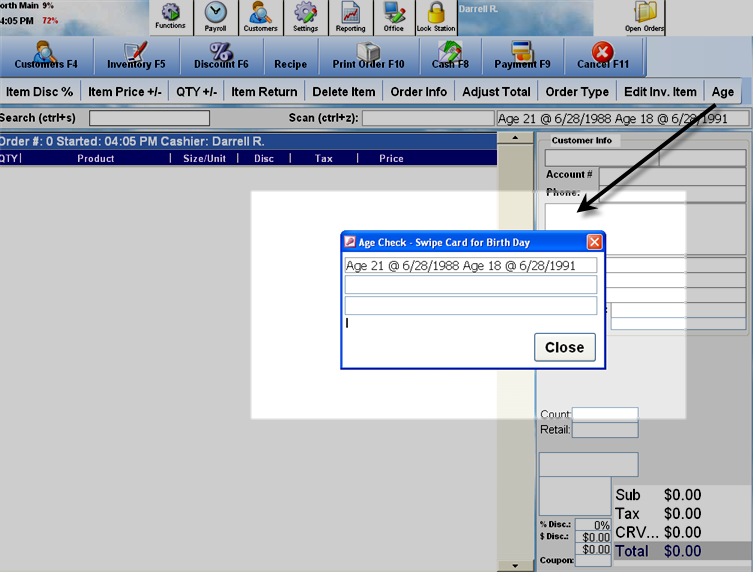 Age verification capabilities are built right into the liquor store POS with the use of a specialized barcode scanner integration. As soon as the item is scanned, the system will prompt the cashier to scan the customer’s ID, after which, the POS system will verify whether or not the customer is old enough to purchase the product.