What This Means For Your POS

Anyways, one of the first things I noticed was that some of the terms that San Diego uses are not uniform across the medical marijuana industry. So I’ll go ahead and define them.

On the week of April 21st, Washington State Liquor Control Board will have their dispensary license lottery. 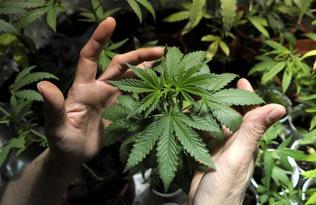 Florida senate subcommittee voted to legalize a marijuana extract in the form of a low-dose liquid that can be given to children with severe seizures. This bill would allow for tightly-controlled use of a specially cultivated strain high in CBD and low in THC. A non euphoric or no-high brand of marijuana.

This shows a major shift in attitudes toward medical cannabis.

Now this legislation that had just been passed isn’t related to the medical marijuana initiative that’s making it’s way to Florida’s ballot this November, but it is an indicator as to how the vote and regulations may go.

Medical Marijuana to be on Florida’s November Ballot

Consuming 200 million barrels of beer in 2012, it’s safe to say that Americans love their beer. With the growing popularity of microbreweries, Americans are getting more beer variety than ever. Something they don’t mind spending on. Since homebrewing became legalized in 1978, local breweries and craft breweries has been taking more and more of the market share. Have you ever wondered what it takes to start your own brewery?

You only need 5 basic ingredients to start your first craft beer batch.