On Thursday (6/18) Delaware became the 20th state in the union to decriminalize possession of minimal amounts of marijuana. The law will begin to take effect in 6 months, making the possession of small amounts of marijuana legal just in time for the holiday season. The bill that would eventually bring with it the decriminalization of marijuana was initially introduced in the Delaware House of Representatives on January 29th before being signed into law this past Thursday.

Governor Jack Markell officially signed House Bill 39 shortly after the Delaware state senate approved the bill 12-9. It’s interesting to note that Markell is a Democrat and no state Republican senators voted in favor of the bill, nor did a single Republican representative support the bill when it was presented before the House. 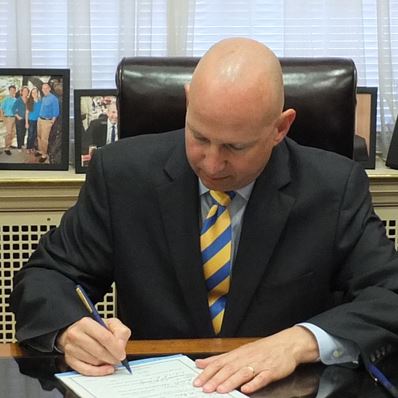 House Bill 39 officially removes criminal penalties for an adult in possession of up to one ounce of marijuana for their personal use. Marijuana possession will now be treated as a civil offense, punishable by a $100 fine. Sale of marijuana however remain banned and a criminal offense.

Robert Capecchi, the deputy director of state policies for the Marijuana Policy Project released a statement:

“We commend Gov. Markell and the Delaware Legislature for moving the state forward and leaving its antiquated marijuana possession law behind...Adults in Delaware will no longer be branded as criminals simply for consuming a substance that is undeniably less harmful than alcohol. Law enforcement officials will be able to spend more time addressing serious crimes instead of arresting and prosecuting adults for simple marijuana possession.”

Delaware becomes the 20th state to decriminalize small amount of marijuana for personal use, that number should soon be growing however with the recent approval of a similar bill in Illinois. However marijuana still remains illegal under federal law.