With medical marijuana legal in 23 states and Washington DC already and recreational use legal in Colorado and Washington the revenue that could be made from taxation of marijuana is a hotly debated issue each election. Nerdwallet.com recently crunched the numbers and here’s what they found.

How Canada’s MMJ Taxes Relate to the US

Currently medical marijuana is legal in 23 states and Washington DC. Since legalization, these state’s have seen billions of dollars come in taxable revenue. This means state’s that have not yet legalized marijuana stand to make millions or billions of dollars in tax revenue if they were to. Thanks to inspiration from Canada’s Medical Marijuana program states that have already legalized medical marijuana are looking to legalize small amounts for recreational use to capitalize on the tax potential.

According to research from nerdwallet, California would stand to gain the most of any US state at approximately $519,287,052. 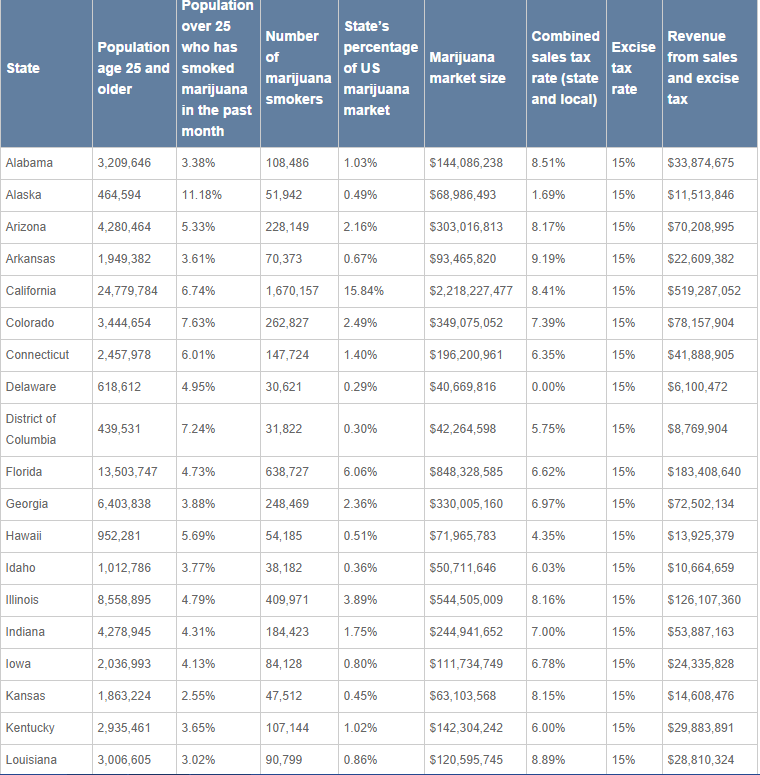 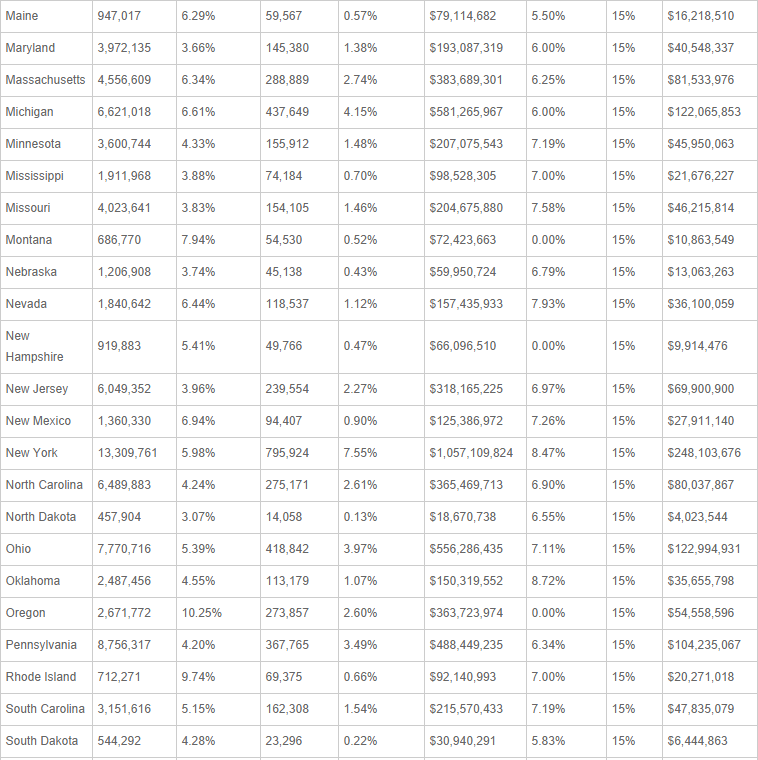 Now, Nerd Wallet used the following factors, to determine how much each state stands to make off of taxable marijuana:

In the end it all comes down to money and with the amount of money that is on the table ready to be made with medical marijuana or the legalization of marijuana the process of taxing it is here to stay.