A vaping craze has swept across the country in recent years leading to an upswell in vapers and increasing sales on vape products across the board. This craze seemingly culminated with vape being named the 2014 Oxford English Dictionary Word of the Year. Much like the vaping craze that has already swept the nation we are now seeing the idea of instituting a tax on vape products (similar to the tax seen on tobacco products) sweep through local and state governments across the nation. 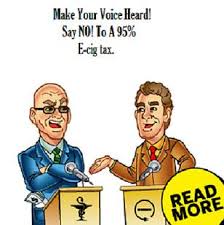 In one such instance Washington governor Jay Inslee is proposing a 95% tax on any and all vapor products in an effort to help fill the state budget gap. Kim Thompson, who owns a vape shop in Washington knows how detrimental a 95% tax would be to the burgeoning vaping industry in the state. “One, it would demonize a product, make it look as though it was as bad as smoking. The other thing is that it would make vaping and traditional cigarettes more similar in pricing. It would give us less incentive to the smoke to say, hey, give this a try,” she says. Not only would this tax shrink profit margins for vape shop owners, it could potentially drive e-cig users back to more traditional tobacco products like cigarettes. You could make  the argument that it would effectively tax small business (vape shops) out of business.

On the other hand the tax would bring vape products up to the same tax level as tobacco products like snuff and some cigars, which are both taxed at 95% in Washington. The major difference being that most vape products contain nicotine and not tobacco. 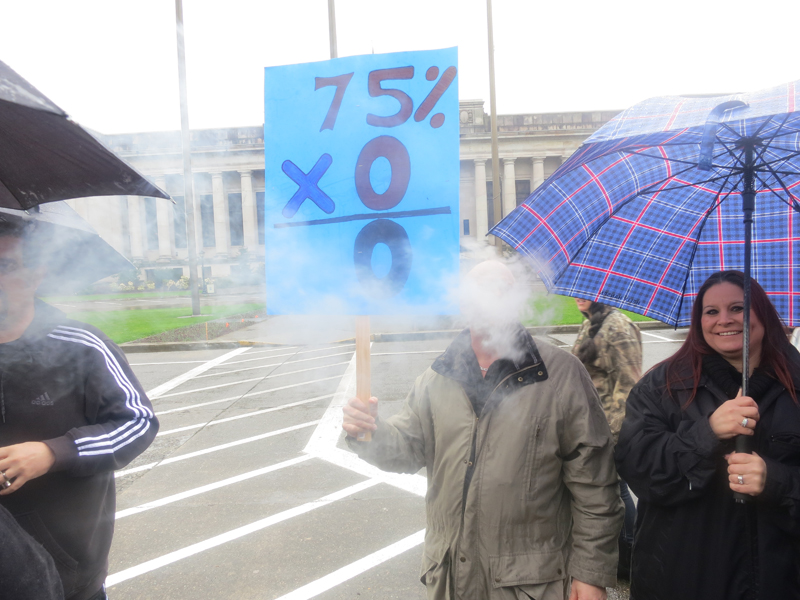 Washington D.C. is also considering a tax on e-cigs. D.C. is looking to tax e-cigs at 70%, which like Washington state is the same rate for other tobacco products in the district. With a tax rate that high e-cig users within the district could decide to purchase their vaping products in Maryland or Virginia which will only hurt D.C.’s bottom line and put D.C.’s vape shops out of business risking both current and future job growth in the industry.

Taking a page from the book of Washington state and Washington D.C. 21 other states have introduced legislation for some of form of tax on vape products since the start of the year.

Clearly lawmakers need more information on the nature of vaping and vape products to develop a satisfactory tax solution for all parties.