After months of negotiations and debate followed by the measure stalling for weeks Oregon House legislators finally passed a bill that will regulate the state’s legal marijuana retail program days before recreational use of the drug was due to become legal on July 1st. The measure will create new regulations for both medical and recreational marijuana and includes a compromise that will allow local jurisdictions to opt out of legalizing marijuana businesses in their cities or counties if their voters did originally approve Measure 91, which was the cause of the measure stalling for weeks before legislators could come to an agreement. 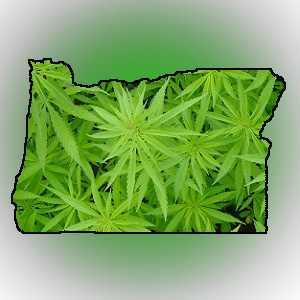 Specifically the compromise allows cities or counties, where at least 55 percent of their residents voted against Measure 91 in last year’s election, to bar the sale of marijuana within their jurisdiction. Other counties however would have to put the issue of barring marijuana sales to another vote.

In addition the bill will also create a tracking system to enable marijuana officials to trace marijuana from seedling all the way through retail sale to help ensure that the drug remains out of the black market. The Oregon Health Authority will ultimately be placed in charge of creating and maintaining a database that will track marijuana’s path to the marketplace. The bill will require all sites that grow marijuana to register and submit information regarding the amount of marijuana they process and transfer of a monthly basis.

Representative Ann Lininger, a Democrat from Lake Oswego who carried the bill stated:

“We want to help local businesses be successful in this legal market. We want to reduce illegal activity and transactions that are not in accordance with these laws. We want to keep kids and communities safe.”

Furthermore, the measure will reflect the legalization of marijuana and reduce the penalties for some drug-related offenses. In fact the bill will go so far as to bring the criminal statutes in-line with the fact that marijuana is now legal in the state; this includes the expungement of many marijuana-related convictions.

Representative Lew Frederick added his thoughts on this, “The so-called war on drugs has devastated communities across this country. With the experience of Prohibition behind us, we should know better, but instead we fill prisons and break up families over this drug.”

Ultimately the House approved the measure 52-5. It will now head to the Senate.